Herenboeren farms (Gentry Farmers) are based on a revolutionary community-owned and managed sustainable farming model. Developed in the Netherlands, the farms close resource loops and use circularity and agroforestry to establish sustainable community-owned and operated farms. This project aims to scale up the eight existing Herenboeren farms to over 80 across various European nations. Except is working with Herenboeren to engage this internationalization program and give a massive boost to agroforestry across Europe.

Herenboeren farms: what, where, why?

Herenboeren farms make extensive use of trees for production, wind blocks, and ecosystem services, as well as landscape restoration. At the time of writing, eight Herenboeren farms have already successfully been established in the Netherlands, with plans to introduce the concept and launch 80 new farms in other countries in the EU.

Continuing this is the production and dispersion of blueprints to help grow the sustainable farming community and restore the agricultural ecosystems on the continent. At the end of the project, it's estimated that around 40,000 EU citizens (80 farms x 500 consumers) will be Herenboeren-ambassadors and disseminate the advantages of community farming throughout and beyond their networks.

The Herenboeren team has made a toolkit that allows quick and streamlined implementation of new Herenboeren farms. This toolkit was initially developed for the Dutch market and allows rapid expansion of the concept. At the moment, a total of about 400 hectares of land, feeding about 4.000 households, is an established farm or in the process of becoming one.

Herenboeren has received overwhelmingly positive results and responses since its first project in 2016. Increasing interest from parties to establish a Herenboeren farm worldwide has led the foundation to seek ways to support the international expansion of the concept.

This action plan focuses on implementing this global expansion in a healthy business model, adapting the model to international contexts, and safeguarding the integrity while doing so. It includes the selection of new farms, recovery of the ecosystem, planting of long-term trees and windbreaks, and the trees for agroforestry-based production.

The project in context: a case for Herenboeren farms

Farming is the largest user of water and land and the primary source of ecosystem degradation on the planet. While the population globally is rising, combined with ever-increasingly wasteful production methods, our mission is to radically change the supply chain and introduce a new form of community-based sustainable agriculture.

Using chemical pesticides, herbicides, and fertilizers in agriculture greatly contributes to soil, water, and air pollution. In 2017, farming-driven nitrogen emissions accounted for 43% of agriculture emissions in the EU. The expected demand for food will increase by 70% by 2050, while 60% of the world’s major ecosystems that help produce these resources are already degraded or used unsustainably.

At the same time, farms continue to increase and industrialize, adding to the already big problem. Between 2000 and 2019, the number of farmers in the Netherlands decreased by almost half. In the decade following 2005, EU lost about one quarter. On average, 300 farms stop every day due to an unsustainable or unviable perspective on income. That's not to say the farms were lost per se, just the owners and operators of them.

From 1993 to 2013, the EU lost a whopping 12% of its agricultural area. Furthermore, remaining farms become larger and larger while competing at the low-profit margin in an EU-wide market with complex supply chains. This situation forces megafarms to produce at as low costs as possible, often resulting in predatorial farming methods.

While sustainable farming models exist, preserving land for agro-ecological farmers is a significant struggle throughout Europe. The most common barrier to new entrants into farming is access to suitable land.

To meet a circular, green, and resource-efficient Europe, we need alternative forms of food production. Conditions that can meet the increasing organic demand for sustainably produced food, help recover and strengthen local ecosystems, are more resilient, and also offer stability and greater prospects for EU farmers.

Agroforestry is a proven, 50-year-old approach to sustainable farming. It utilizes a diverse range of trees for mixed purposes, including food production, windbreaks, soil remediation, biodiversity, water, energy, and air management. Herenboeren applies these principles in a context-driven environment. Each farm is tuned to its local ecosystem and helps restore, strengthen, and protect it. Each farm is planted with around 3100 trees in various species.

Community farming is a way of producing food that enables a more circular, green, and resource-efficient way of doing agriculture and integrating the social dimension in its value chain. It tackles the vulnerabilities of our current agriculture system and meets growing consumer needs. It means more local partnerships of mutual commitment between a farm and a community that directly links the production and consumption of food.

Herenboeren is currently the most prominent Community Farming organization and offers a blueprint for Community Farming with a high level of scalability and replicability on an international level. Herenboeren-farms are driven by the idea of nature-based food production, with short value chains, circular agriculture, improved soil quality and value of land, and increased biodiversity. Herenboeren integrates sustainable soil management practices used to produce food sustainably transcending generations. It offers a space for education and research and raises consumer awareness about the possibilities of community-supported agriculture.

Our ambition is to adapt further and replicate this model and make it widely available within the EU, thus providing a considerable impetus for the "1 Trillion Trees challenge" on this continent in the agriculture sector.

One average Herenboeren farm converts 20 hectares of reasonable pasture into fertile, sustainable, organic land. Each farm plants around 3100 trees. We estimate that the farms have a net fixation of 4.5-5.3 tons of CO2eq/ha/year. Another 80 Herenboeren-farms will lead to 1,600 hectares of improvement land/soil and a total net fixation of 42,400 tons CO2eq and near to a quarter-million trees planted.

You can endorse this project as part of the One Trillion Trees Challenge here.

A successfully started and fully operational Herenboeren-farm will be self-sufficient, self-reliant, and financially sustainable. It has a stable and predictable contribution payment from its members and guaranteed availability of a Herenboeren-farmer per community. Also, the continuous improvement of circular agricultural methods fostered by the knowledge center and test-farm makes a Herenboeren-farm future-proof. The broad support base from a Herenboeren-community establishes a solid social foundation on which a Herenboeren-farm can last for decades.

There are over 30 new Herenboeren-farms across Germany, France, and Belgium serving between 5,000 and 8,000 households and providing grounds to nurture around 90,000 trees. The second milestone will be that from the next 80 new farms, there will be a total of 250.000 new trees planted. 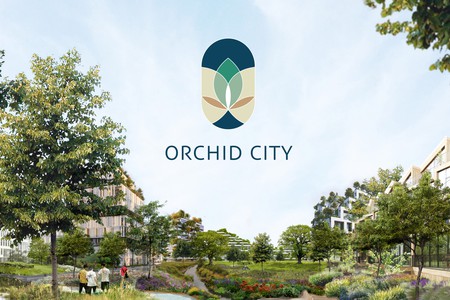 The world's first blueprint for a fully self-sustainable city 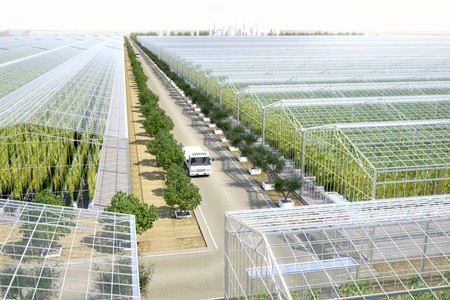 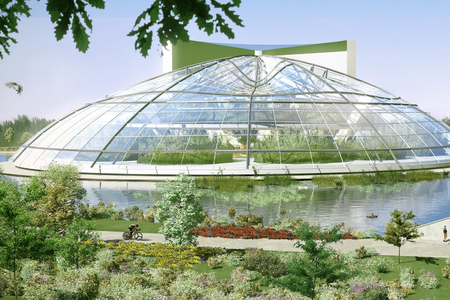